Samsung is already working on 6G

Even though 5G rollouts are still in their relatively early stages, South Korean tech giant Samsung is already working on the next generation of mobile connectivity.

In a white paper released last month, the company detailed its vision for the next generation of communications technology. Entitled “The Next Hyper-Connected Experience for All,” the white paper outlines various aspects of the 6G future, including technical and societal megatrends, new services, requirements, candidate technologies and an expected timeline of standardisation.

“While 5G commercialisation is still in its initial stage, it’s never too early to start preparing for 6G because it typically takes around 10 years from the start of research to commercialisation of a new generation of communications technology,” explained Sunghyun Choi, Head of the Advanced Communications Research Center. “We’ve already launched the research and development of 6G technologies by building upon the experience and ability we have accumulated from working on multiple generations of communications technology, including 5G. Going forward, we are committed to leading the standardisation of 6G in collaboration with various stakeholders across industry, academia and government fields.”

Samsung reportedly expects that 6G could start being commercialised as early as 2028, witch mass adoption taking hold in 2030. 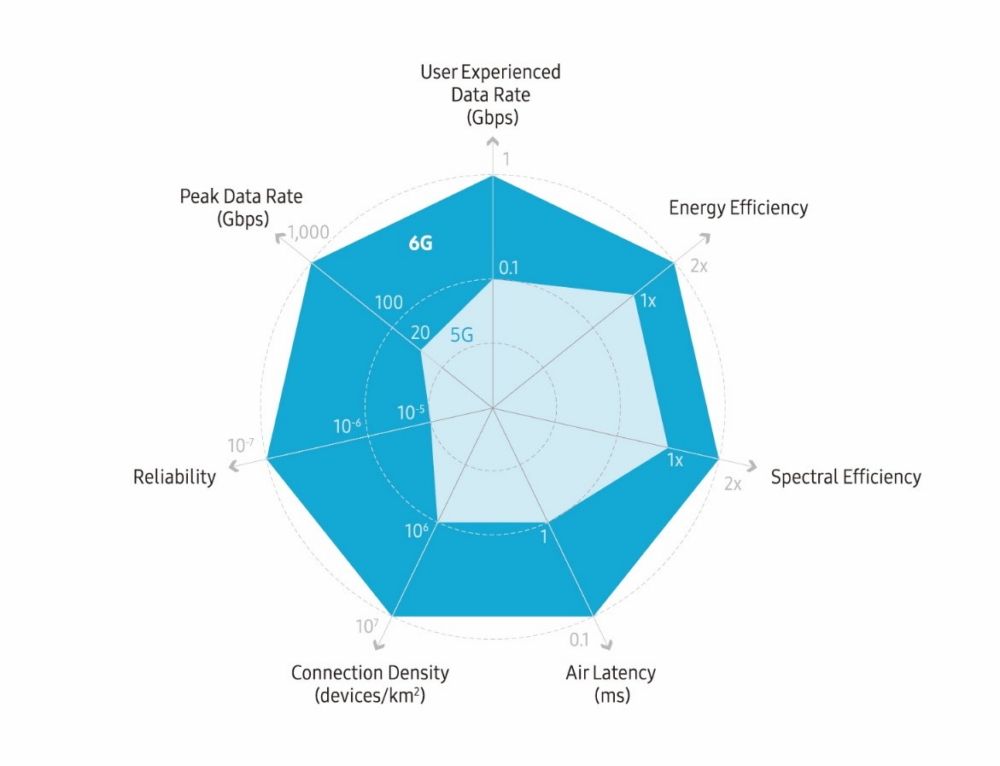 Whereas 5G requirements have mainly focused on performance aspects, Samsung defines three categories of requirements that have to be met to realise 6G services: Performance, architectural and trustworthiness.

Examples of 6G performance requirements are a peak data rate of 1,000 Gbps (gigabits per second) and air latency less than 100 microseconds, as well as 50 times the peak data rate and one-tenth the latency of 5G.

The white paper also introduces candidate technologies that could be essential to satisfy the requirements for 6G. These include the use of the terahertz (THz) frequency band, novel antenna technologies to enhance the coverage of high frequency band signals, advanced duplex technologies, the evolution of network topology, spectrum sharing to increase the efficiency of frequency utilization and the use of AI in wireless communications.

Samsung doubles down on the Indian smartphone market