In Australia, India and Japan, a slew of new smartphone-based solutions are supporting the aged and disabled live fuller, more autonomous lives

Smartphones are powerful tools, not just for business, entertainment and social reactions, but also as aids that allow people with disabilities to experience a fuller, more autonomous life. Apps can be an incredibly useful tool for the differently able to help compensate for their disabilities.

Apps like Be My Eyes, which virtually pairs a sighted and unsighted person in order to help them decode the world around them, and Tap to Talk, which allows people who have trouble speaking to verbalise their thoughts by selecting icons on their smartphone which the app them “speaks” for them, are already improving lives all over the world.

As the internet of things (IoT) increasingly becomes a ubiquitous feature of both the modern city and the home, smartphones are increasingly becoming universal remote controls that can help overcome physical barriers to interaction.

A series of new solutions aimed at supporting differently-able and the elderly have entered trials this month.

Across Japan, a system of smart traffic lights that can notify visually impaired people of the current colour of the lights through a guidance system on their smartphones is currently being rolled out.

These smart traffic lights use Pedestrian Information and Communication Systems (PICS) in order to broadcast a radio signal to nearby pedestrians. Visually impaired citizens using a new app called ShinGO! can then receive auditory guidance from their mobile devices. Developed by Nippon Signal Co, which manufacturers traffic lights, the app provides users with a vibrating alert when they approach an intersection. 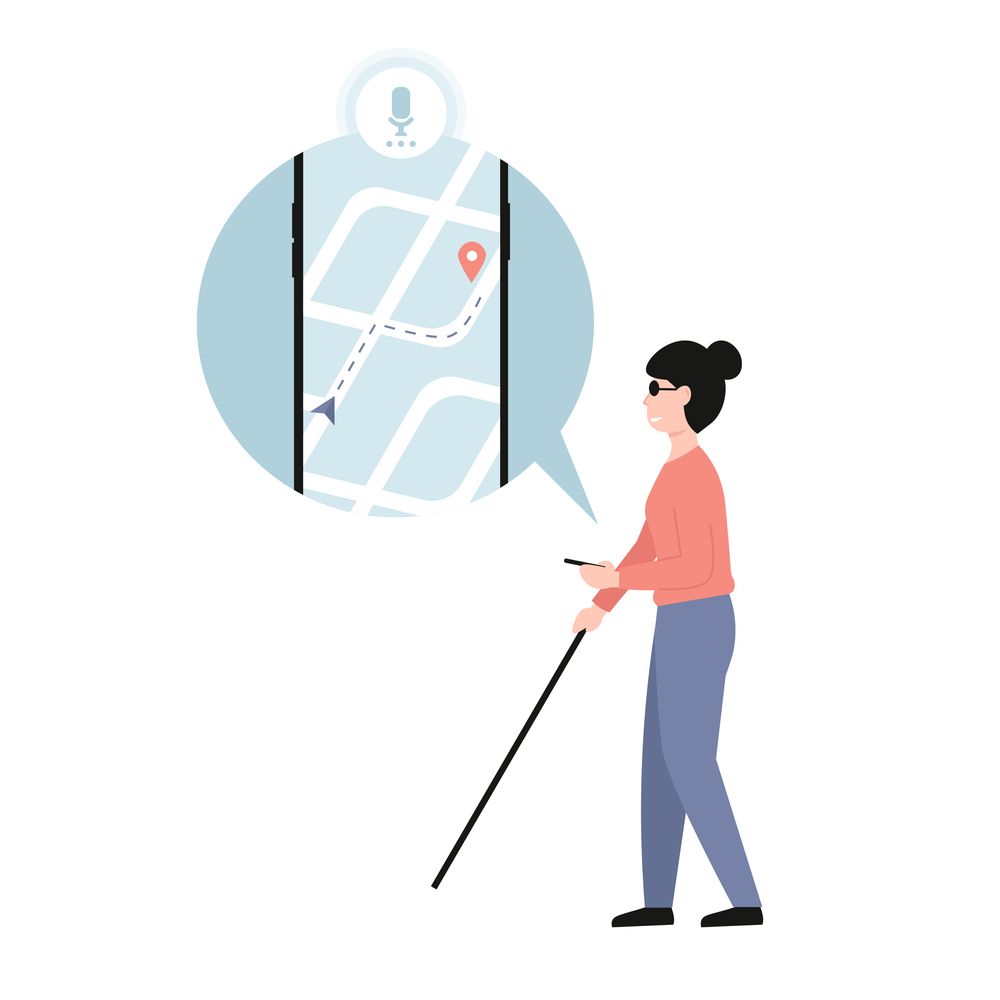 ShinGo! can provide users with detailed audio directions that can be invaluable when navigating busy sidewalks and roads - Image by Getty.

The system was tested earlier this month by nine members of the National Council of Visual Disabled in Japan. Member Hiroshi Oda commented that, "It is difficult for blind people to work out their location. That the audio will inform users what intersection they've come to is ground breaking, and I think it's extremely helpful for people who usually use this road."

Japan’s National Police Agency (NPA) intends to install 2,000 of these smart lights during 2021 and, according to the report by The Mainichi, “NPA also hopes to see concentrations of traffic lights with advanced PICS in the same area, so that they can be of convenience to visually impaired users and lead to app services being enhanced by private firms.”

Last week, students at the Indian Institute of Technology in Madras unveiled a new smartphone-powered gadget for the visually impaired. The device, which plugs into the USB port or headphone jack on a smartphone, can help the user to type, learn and read braille, as well as helping users to “navigate through space and recognise people and objects.”

Called Cube, includes four refreshable braille dot buttons on one side of the display and a camera on the other. According to a report by The Hindu, “The camera on the device, along with the smartphone’s camera, is used to capture and process a wide field of view to provide the user navigation information through tactile braille cells about the proximity and nature of the obstacles.”

The device will, the design team hopes, reduce the visually impaired’s dependency on slow audio feedback in order to type text. Vishnu Suresh, a student at the IITM, told The Hindu that the Cube, “has a keyboard through which we can type the way we type on a braille typewriter. It is perfect.”

In Canberra, Australia, a new program could be about to make significant headway towards helping the elderly and less able to remain in their own homes for longer, reducing the need for them to make the transition to assisted living care facilities.

Technology for Ageing and Disability ACT has reportedly signed a deal to install InteliCare sensors in elderly residents’ homes throughout Canberra.

Not dissimilar to many other smart home security sensors or motion-detecting smart lighting systems, the InteliCare sensors can attach to walls, doorways and household appliances like kettles, refrigerators and washing machines. The sensors are then programmed with the residents’ routines. In response to periods of inactivity or unusual shifts in routine, the sensors then alert friends, family or medical professionals via a smartphone app.

"Its a non-invasive way to help monitor, so it maintains people's privacy, but it's also there as a safety mechanism for those living independently in case they fall or if there's an incident," said Executive director of TADACT, Trudy Taylor, in an interview with the Canberra Times. "It lends itself to children being able to then ring their ageing parents to have conversations about anything else rather than 'did you do the washing?' or 'did you have food today?'"

The trial is set to begin with 10 residents per month, scaling up to 25 users the following month and, according to Taylor, is expected to generate much more accurate and reliable information than commonly used alert pendants, which providing a less-invasing experience for the eldery in question.

Phishy deals: How to stay safe on Black Friday

Could 5G give us a truly cloud-based smartphone?

Can IoT and 5G turn smart cities into smart societies?